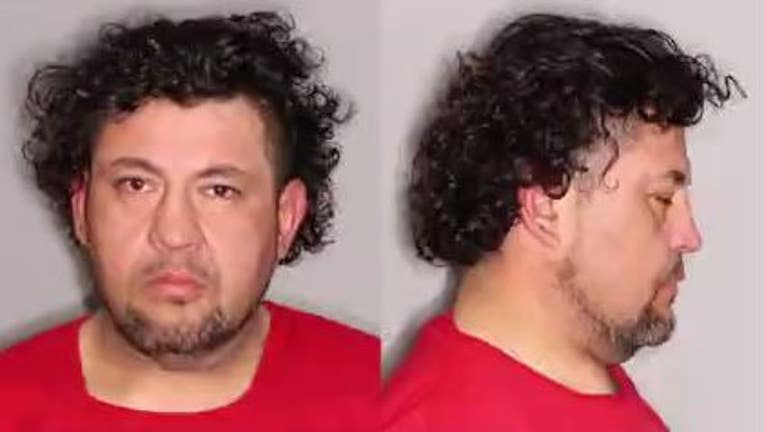 CASE UPDATE April 30, 2021 – King County Sheriff’s detectives are asking for your help finding Marcelo Sandoval-Escobar, 44, who is believed to be somewhere in Kent or southern King County.

Agents say he used a stolen yellow Ford F150 in Snohomish County to ram two cars into ‘Wings Auto’ at SeaTac on April 11 after the owner refused to open the door because it was locked.

David Rose of Washington’s Most Wanted has more

“Detectives have now sent charges to the King County Prosecutor’s Office, recommending that he be charged with felony vandalism for nearly $27,000 worth of damage and also being in possession of a stolen vehicle, that yellow pickup truck he used in that crime,” said King County Sheriff’s Sgt. Tim Mayer. 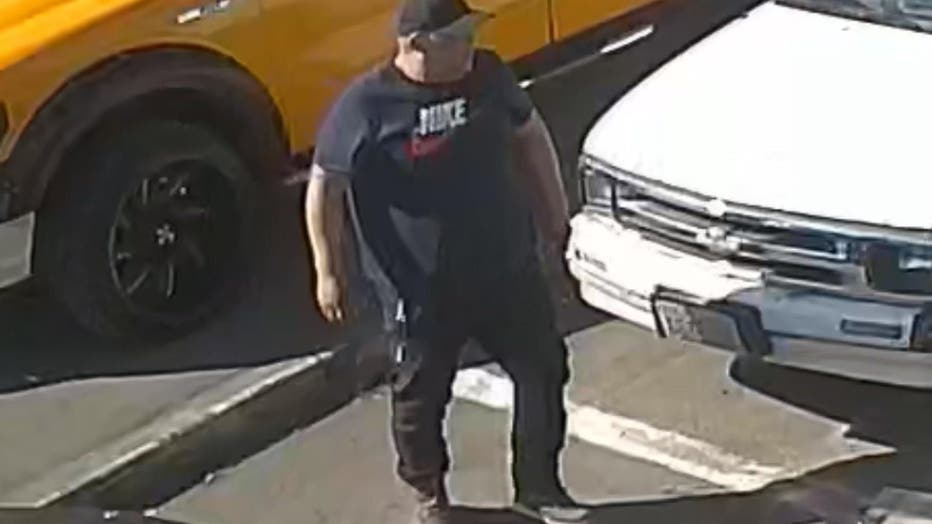 The stolen truck was later found at a motel in SeaTac, but Sandoval-Escobar has not been located.

A background check shows convictions dating back to 2001 for a host of driving offenses, including hit-and-run, and he has recent cases pending in court for auto theft, third-degree burglary, burglary, and violation of property. an order of protection, all in 2020.

If you can tell detectives where to find Marcelo Sandoval-Escobar, Crime Stoppers of Puget Sound will pay you a cash reward of up to $1,000. Submit an anonymous tip through the P3 Tips app on your cell phone or call 1-800-222-TIPS (8477). You can also submit tips at www.P3Tips.com.

Detectives say he was identified thanks to tips from viewers of Washington’s Most Wanted to Crime Stoppers of Puget Sound.

They’re hoping you can ID the driver of a yellow Ford F150.

Check out the surveillance video below that shows him ramming two cars and pushing them into the Wings Auto repair shop on the corner of Des Moines Memorial Dr. S. and S. 144th St. in SeaTac.

It happened while the business was closed on the afternoon of last Sunday, April 11.

The driver used the steel bars on the front of his truck to push a white Ford Mustang halfway through the garage door and slam a black BMW into the building.

David Rose of Washington’s Most Wanted has more

He says that everything is strange. His shop was broken into and his tools were stolen on Easter Sunday and the suspect was telling him that he’s the guy who did it.

The owner did the right thing and called 911. He didn’t open the door. Before officers arrived, the suspect crashed the cars into his store, causing more than $20,000 worth of damage.

“You know, we see a lot of our criminals, they commit their crimes under cover of darkness, you know, they cover their faces, they hide their identity. They do these things at night, but not this guy. Boy, he does it in a Bright yellow F150, in broad daylight, on a busy street. To me, that’s a challenge. He’s challenging us to find him and hold him accountable for this, so you know what? Let’s take that challenge. To ask Washington’s viewers Most Wanted, those who support Crime Stoppers of Puget Sound, know who this guy is. That truck is too unique for someone not to have seen it, or know who owns it,” said King County Sheriff’s Sgt. Tim Mayer.

He was wearing a dark cap and a dark Nike jersey with the name in white and a red symbol underneath.

Once again the shop owner says the suspect said his name was ‘Marcello’ and says he has no idea why the man would attack and damage his business like that, so let’s help give him some peace of mind by identifying this guy, so the detectives can figure out what his deal is.

If you recognize him or his yellow Ford F150, submit the information through the P3 Tips app on your smartphone or by calling the hotline at 1-800-222-TIPS (8477). It’s anonymous and you’ll get a cash reward of up to $1,000 if your tip helps identify the suspect.

Somerset County Council announced that its crews would be ready to treat roads affected by extreme temperatures. To remedy the problem, two 18-ton sand spreaders will be used to spread stone dust on sticky and molten roads. This will be in addition to HGV drivers on standby to ensure traffic delays are kept to a...

All tracks are not created equal. God bless him, but Pocono is Pocono. The only way to make this race entertaining is to kill the stages. That won’t happen and it probably won’t even work. Aside from enjoying the steel cylinders of a special sponsor, the only way to enjoy Pocono is to get in...