The vast majority of women are unwilling to use electric scooters due to a lack of safe infrastructure.

The new research supported by Women in Transport reveals that 79 percent do not feel safe renting e-scooters to use on the road.

Electric scooters remain illegal to use on public roads unless they are part of officially sanctioned tests taking place across the country and running until the end of this year. 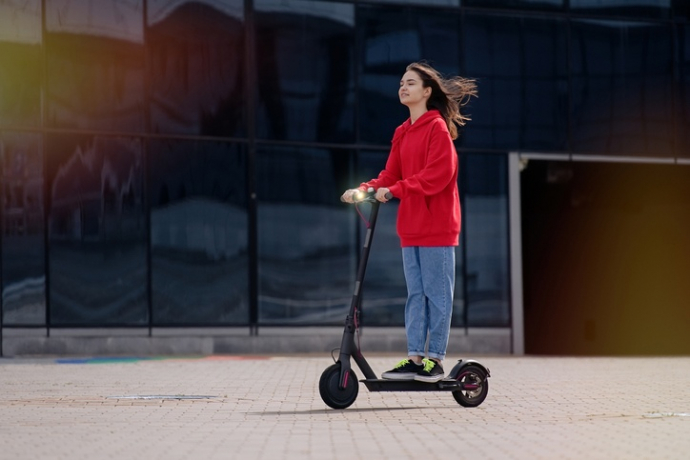 The UK is the last major European economy where using electric scooters anywhere except on private land is still prohibited. However, the legal status of e-scooters does not prevent them from being bought in large numbers.

No one knows for sure how many e-scooters have been sold in the UK, but Halfords saw its own sales more than double during the lockdown and believes there is a huge latent demand. When the retailer surveyed 2,000 adults, 33% said they would consider using an electric scooter for shorter trips if it were legal to use, and 28% would consider swapping their car for an electric scooter to “benefit the environment.”

Under current UK law, e-scooter users face a fixed £300 fine and six points on their driving license for using them on the road or pavement. The law classifies e-scooters as motor vehicles, but their legal status is further hampered by the fact that they do not have a seat, which is currently a requirement for all road vehicles. That means, with the exception of the various testing schemes spread across the country, you can’t drive an electric scooter on a public road, on sidewalks or bike lanes. You must also be 18 years or older to use one.

When will e-scooters be legal on UK roads?

After the current e-scooter tests, which last until March 2022, there is likely to be a long discussion about whether to legalize their use on the road. It seems likely that eventually e-scooters will be classified in the same way as electric bikes. That is, legal for use on public roads and bike lanes and without the need for registration or insurance, but limited to a speed of 25.5 km/h. It is unclear whether helmets will be mandatory, as it would be difficult for e-scooter drivers to wear motorcycle helmets. There have been concerns that an increase in electric scooters would discourage people from walking or cycling. As credible as this argument is, e-scooters are more likely to lure drivers away from their cars for short trips.

Statistics from the Department of Transport, Reported road casualties Great Britain, annual report: 2020, reveals that there was one death, 128 serious injuries and 355 minor injuries last year. Since no one knows how many miles an e-scooter has traveled, it is impossible to quantify the risk associated with riding an e-scooter. However, like other vulnerable road users, the main danger electric scooter users face is likely to be drivers of heavier and faster vehicles.

Much faith is being placed in electric vehicles, but the electrification of cars will not solve the problems of traffic congestion, road hazards, urban sprawl, and wasted parking space. There is no doubt that e-scooters have a valuable role to play in persuading drivers to ditch their cars – the current uncertainty over their future legal status does little more than curb that potential.

ETA was established in 1990 as an ethical provider of green and reliable travel services. More than 30 years later, we continue to offer bike insurance, breakdown coverage and mobility scooter insurance, while putting concern for the environment at the heart of everything we do.

The Good Shopping Guide considers us the most ethical supplier in the UK.

The price of petrol at UK service stations has now reached 182.31 pa litre, according to RAC data. This means that the cost of refueling a 55-litre estate car has exceeded £100 for the first time. Some motorway concourses are already selling petrol for above £2 a litre, but the RAC has warned this is...