September was another good month for Ford EV sales, although its broader portfolio of Fords and Lincolns saw a year-over-year drop, the automaker revealed this week.

Monthly sales data (PDF(Opens in a new window)) suggests triple-digit year-over-year growth in Ford electric vehicle sales (197.3%), but negative growth for other Ford and Lincoln automobiles, which declined a combined 8.9% in September 2022 compared to September 2022. 2021.

Ford currently sells a few hybrids, the E-Transit work truck, and two battery-powered vehicles: the F-150 Lightning pickup and the Mustang Mach-E. Together, they sold 4,242 units, and while that’s just 3% of the 135,978 Ford-brand units sold, they’re the fastest-selling.

“[The] Lightning remains one of the fastest turning Ford vehicles on dealer lots, turning in just 8 days,” says Ford. “Sales of the Mustang Mach-E are up 47.3% over last year, while being delivered in just 10 days on dealer lots.” 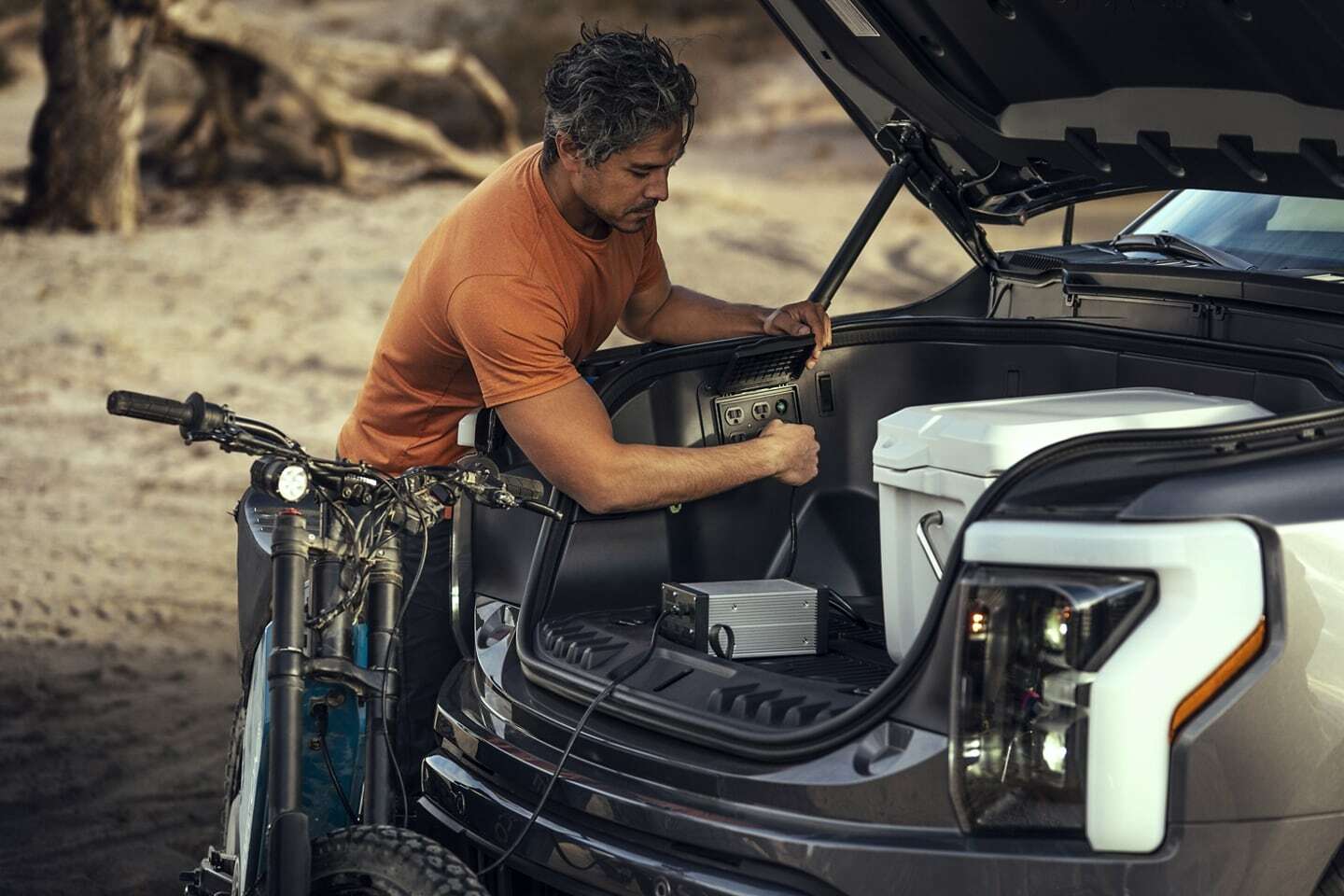 The F-150 Lightning features a large ‘frunk’ or front trunk where the gas engine used to be. (Credit: Ford)

These two models alone helped increase Ford’s share of the electric vehicle market from 4% last year to 7% in September. The Dearborn-based automaker claims to be “America’s number two electric vehicle brand.” Number one is, you guessed it, Tesla.

Tesla currently has 70% of the US market, Bloomberg reports(Opens in a new window), although this is expected to decline rapidly by 2025 as 135 new electric models from other brands are launched. Until then, Tesla reported 42% year-over-year sales growth in its all-electric lineup in the third quarter. The New York Times reported(Opens in a new window) as of the beginning of this week, it shipped 343,830 vehicles worldwide. During the same period, Ford sold around 13,500 EVs and Chevrolet, maker of the Bolt EV and EUV, sold 14,000.

In March, Ford restructured(Opens in a new window) in three “distinct businesses”: an electric vehicle division, called the Ford Model E; a gasoline division, called Ford Blue; and a commercial vehicle division called Ford Pro. The move is part of Ford’s goal to “accelerate the development and scale of innovative connected electric vehicles” while driving profitability and stability in the Ford Blue and Ford Pro businesses.

There were some bright spots for Ford in the gasoline business in September. The F-series of trucks remained “America’s best-selling truck,” with 467,307 units pulled from lots this year. (The electric F-150 Lightning is the best-selling electric pickup truck in America, according to Ford, which just announced(Opens in a new window) a $5,000 price increase on the base model). 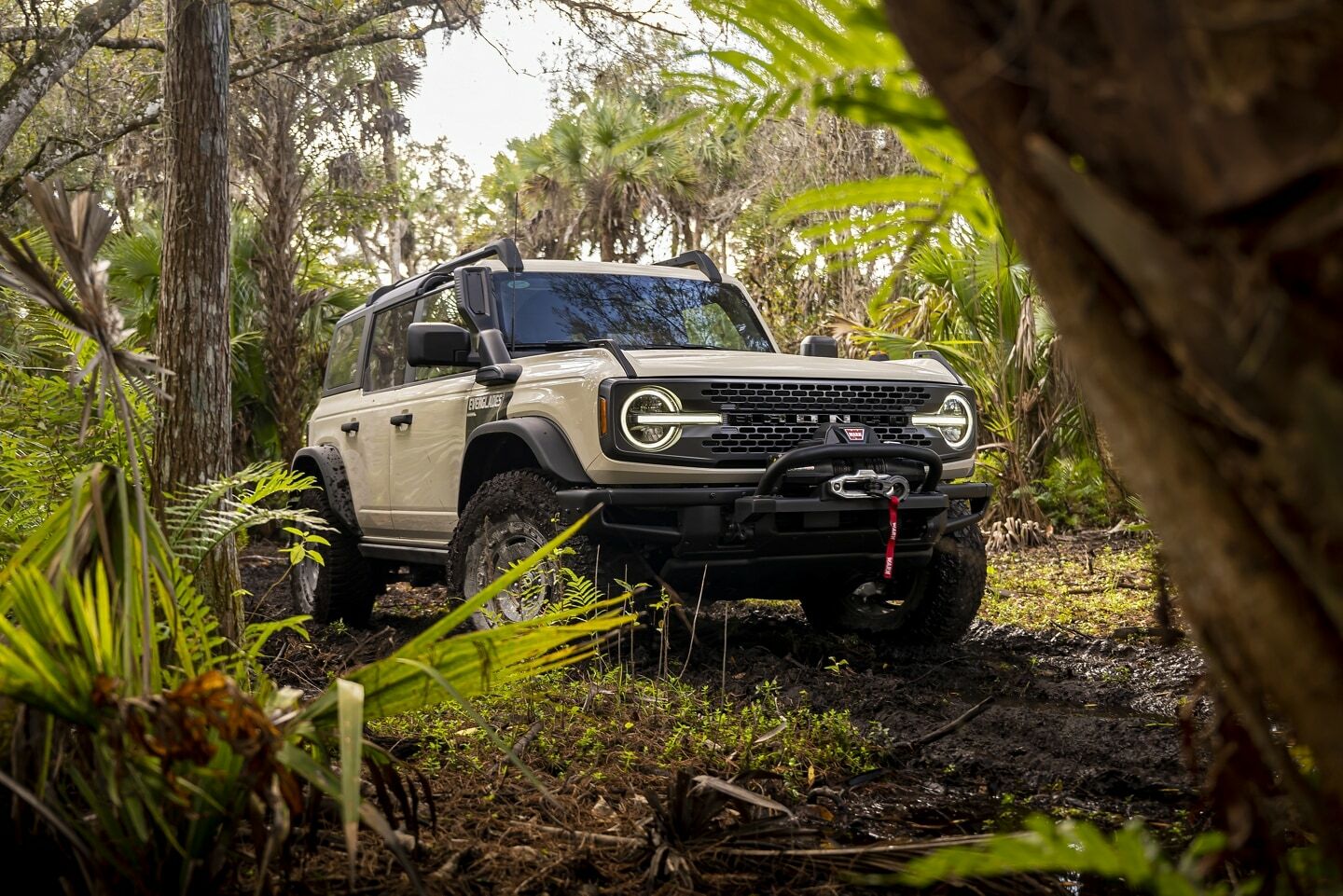 The Ford Bronco gas-powered SUV is a rugged 2021 reboot from the well-known brand. (Credit: Ford)

Meanwhile, the Bronco SUV lineup saw a 220% increase in sales year over year. “Bronco has really been a primary driver behind Ford’s SUV growth this year, with overall Ford SUV sales up 11.1%,” Ford said. Almost all Bronco SUV sales, 99%, came from previously placed orders. Ford, like many other auto companies, has spent most of the year battling supply chain problems that make it difficult for cars to reach driveways.

Ford plans to increase its production capacity in the coming years, specifically in EVs, with a goal of making 600,000 vehicles by the end of 2023 and then 2 million by 2026, Electrek reports(Opens in a new window). The September sales report says that orders for the 2023 models are up 244% over the 2022 models, with 197,000 orders already booked (not just for EVs). 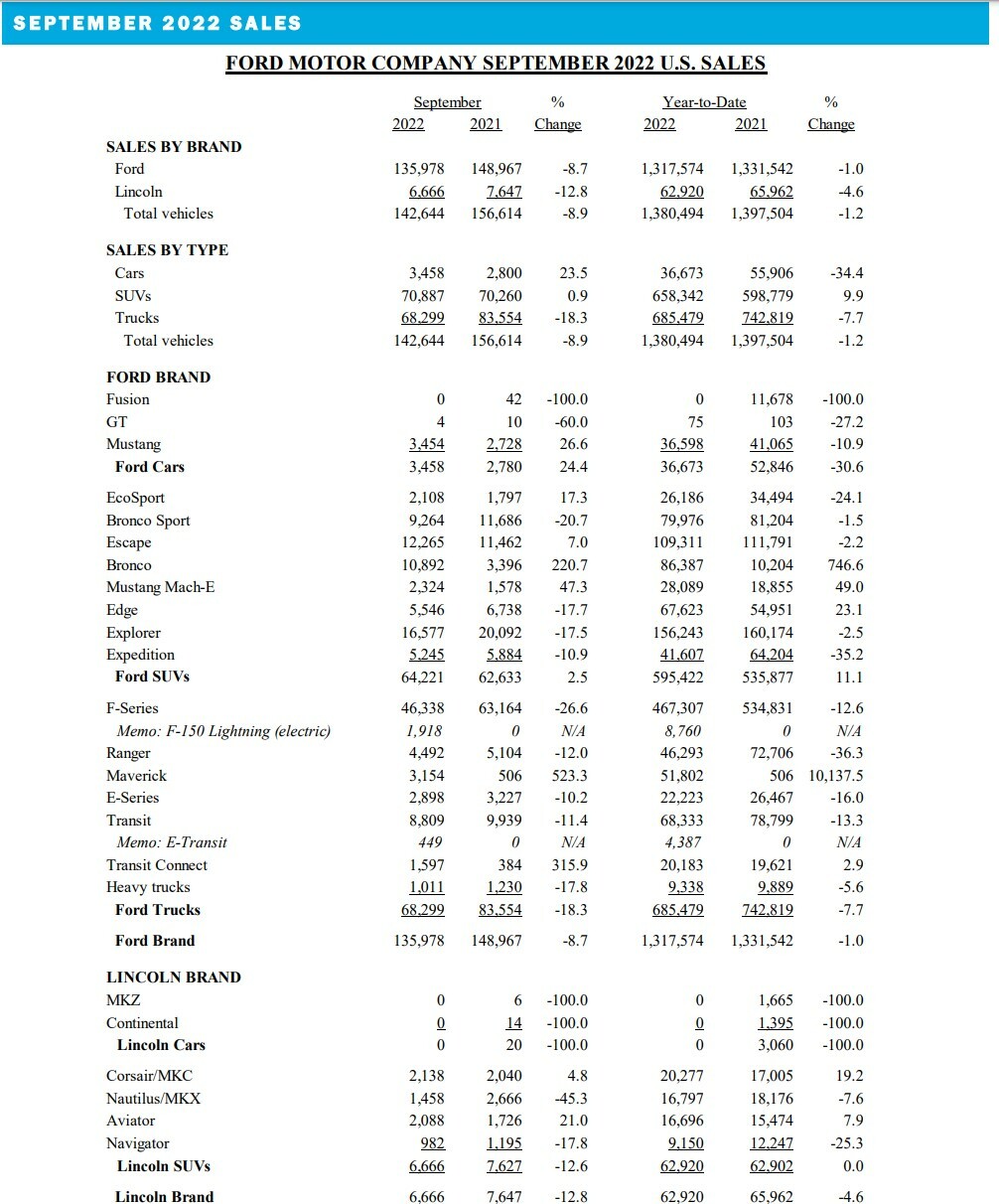 Get our best stories!

Enroll in What’s new now? to receive our best stories in your inbox every morning.

Why Are Electric Vehicles Catching Fire After Hurricane Ian?

Walsh began his career at GE Capital and eventually worked his way up to Wells Fargo and American Express, where he oversaw the European consumer market. That experience in traditional banking gave him an understanding of the industry and the multiple cultures within it, including access to several extensive networks of contacts and experience through...

Mercedes has given its A-Class a facelift for 2022 and that means revisions to AMG’s A35 and A45 performance hatches. Although the mid-life update doesn’t see any change when it comes to performance figures, Mercedes has worked on the exterior styling of the A 35 and A 45, while giving both more standard equipment. We’ve...