What is the cheapest way to drive?

Believe it or not, how you drive has an impact on how much fuel (or battery power, if you’re in an electric car) you use.

Adopting some fuel-friendly driving techniques when you’re on the road is a good way to get more bang for your buck and avoid filling up as often. In general, the best way to drive to save money on fuel is to be smooth, light and responsive on the roads.

There are two key elements to fuel efficient driving: the car and the driver. Both need to be running at peak efficiency if you want to have any chance of getting the most out of your fuel tank.

Starting with the car, if not properly maintained and serviced, fuel consumption can increase by up to 10%.

Even something as simple as a clogged air filter from late service can have an effect, so try to stick to your scheduled service.

But you can also play your part by performing regular vehicle checks as part of efforts to improve fuel economy.

Tire pressure is a good example. Under-inflated tires can easily increase fuel consumption by 2%. That could be the equivalent of a cup of coffee every time it fills up.

Reducing the weight of your car

Reducing the weight of your car also helps improve its efficiency: did you know that for every 45 kg of excess weight in a car, fuel consumption increases by a further 2%?

You don’t need to do anything radical here, just keep your boot clear of unnecessary things. Don’t store a set of golf clubs, for example, when you don’t need them.

The other thing that can seriously hurt fuel efficiency is anything on the roof, like a storage box or bike rack.

A roof box, for example, can increase fuel consumption by 11 to 13%: if it is full, you have to take into account the additional weight and compromised aerodynamics. 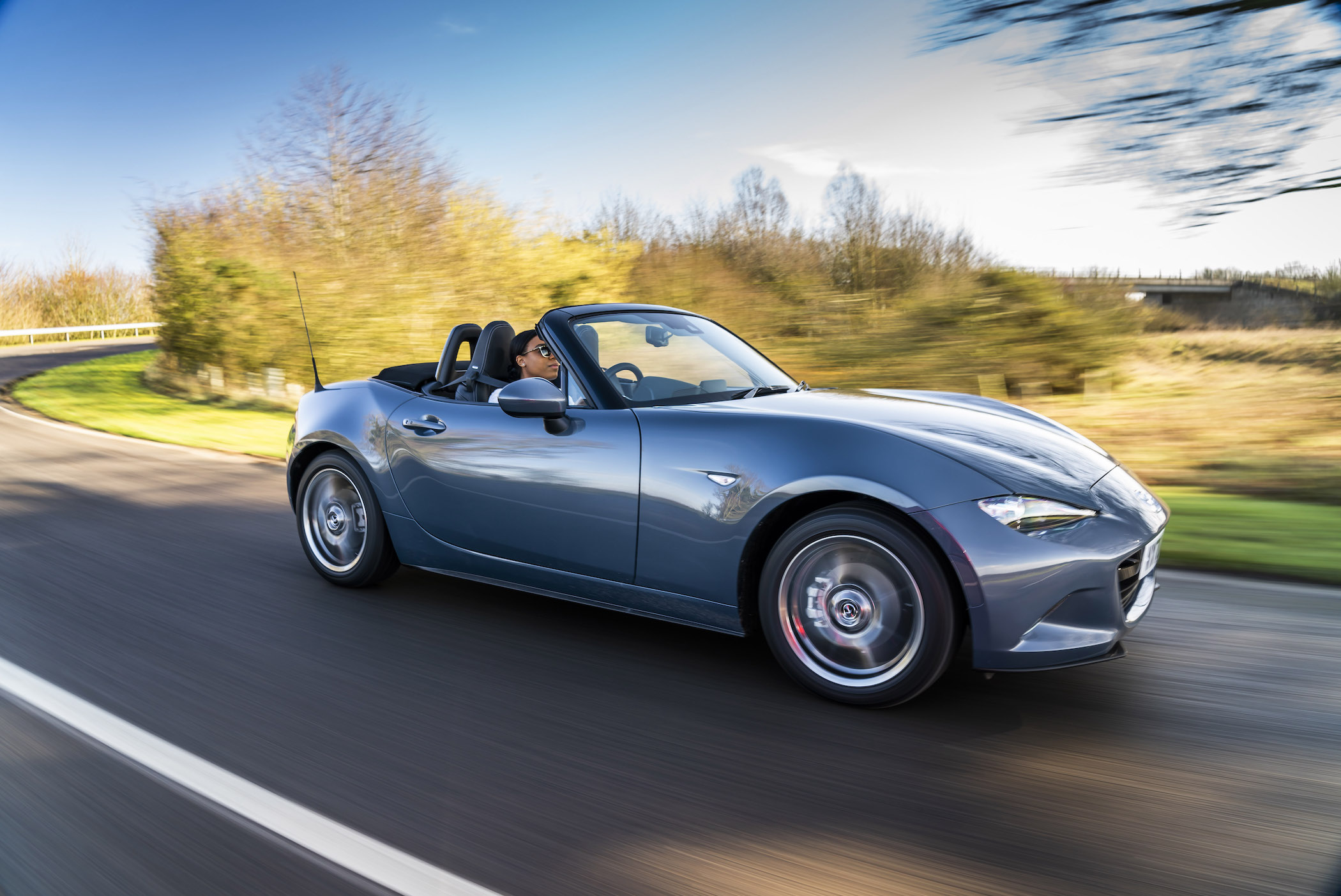 When the weather is a little warmer, the driver’s dilemma is to open the windows or turn on the air conditioning system. The bad news is that neither is good for fuel efficiency.

However, in the city, lower speeds mean that the resistance caused by lowering the windows or the roof is less, so it is better for saving fuel than using air conditioning.

Increase your reaction time while driving

Moving on to the driver’s side of the fuel efficiency equation, one important thing to always remember is to create as much time and space as possible, so you have more reaction time. This is not only good from a safety point of view, but also for fuel economy.

The less space you have around your car, the more you have to react to what other drivers are doing. That means you’ll brake later and stop longer (affecting fuel efficiency), simply because you don’t have enough time to react.

By keeping a safe distance between you and the vehicle in front, you have more time to take your foot off the gas instead of hitting the brakes, while the space to the sides gives you a potential escape route if you need one.

Speed ​​is closely related to fuel efficiency. Studies show that the most efficient speed you can travel in a car, in terms of optimizing fuel economy, is between 55 and 65 mph. When you start going faster than that, your fuel consumption rises rapidly: driving at 85mph, for example, uses 40% more fuel than 70mph, as well as being illegal in the UK.

Team selection is also important. If you have a rev counter on your car, keep an eye on it half-heartedly: when it hits 2000 rpm, shift one gear, or even two (known as a block shift). Shifting gears like this can help you achieve 15% fuel savings, according to the Energy Saving Trust. 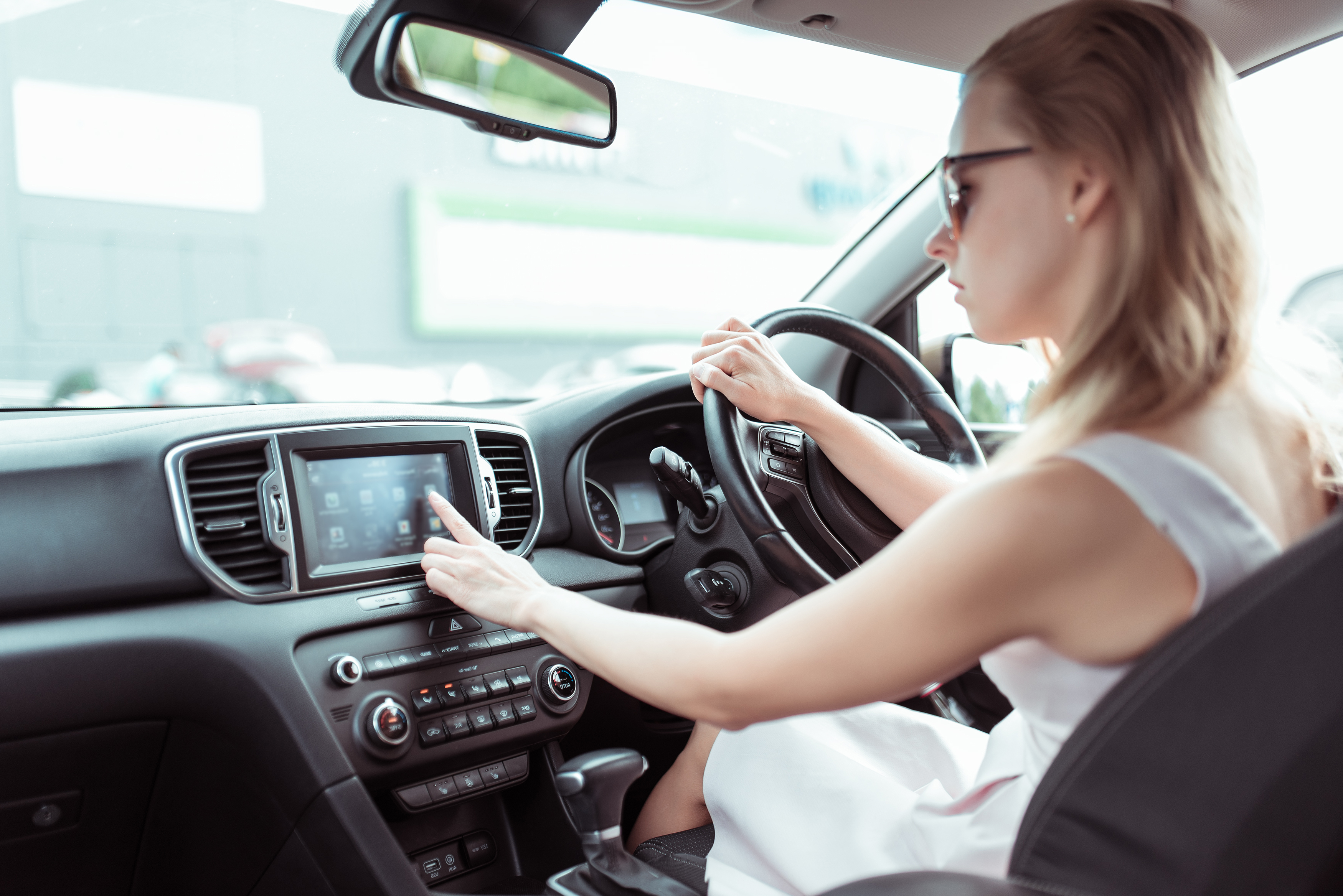 Perhaps the most important thing to remember when trying to improve fuel efficiency is planning. Whenever you get into a car, especially for a longer trip, have a plan.

That means allowing plenty of time to get to your destination (so you don’t rush when you’re late, leading to driving too fast). Avoid busy periods on the road, if possible (so you don’t get stuck in traffic jams). Plan your route to avoid congested roads and have an alternate route as well.

Good planning will also save you a lot of stress, as well as save you money.

How to save fuel in an automatic car

Driving a manual car gives you more control over the gears you use and how they save you fuel, while an automatic car takes care of those gear changes for you.

Older automatic models use a “torque converter” instead of a traditional clutch, which uses thick hydraulic fluid to ensure smooth gear changes. This setup is heavier than the usual clutch so these vehicles are heavier than manuals with more drag and need more power to move.

Older automatic gearboxes also typically only have three or four speeds, which means it’s harder to stay within that perfect range for fuel efficiency, as we aim to do with manual cars.

All of this means that older automatic models can use more fuel than newer cars or manual cars. You may want to consider an upgrade if you want to prioritize fuel efficiency.

More tips to save money for your car:

Expert tips to get more range from your Tesla

Just as cruise control helps you get better miles per gallon (mpg) on ​​the highway in gas cars, using Tesla Autopilot can help increase your car’s driving range (via tesla motor club). Essentially, Autopilot runs the car at its optimal settings and uses minimum throttle. Efficient acceleration and braking are better achieved by a computer...

11 of the Best Winter Sun Cruises

Looking for some vitamin D as the winter nights approach? One way to get your fix is ​​to set sail on a cruise ship, docking in places that glow as the UK fades to grey. Here’s the best of the bunch. Featured photo: The Great Australian Bight, which Azamara’s Australia Christmas cruise will cross (Getty...