BMW offers a range of M Performance Parts for its models, and the second-generation M2 that made its debut last week is no exception. The German automaker recently posted several photos of the M2 all dressed up to give customers (market launch starts in April next year) an idea of ​​how to spec their cars.

According to the photos, the M Performance Parts catalog for the M2 includes a prominent trunk-mounted rear spoiler. This is in addition to the subtle boot lid spoiler already fitted to the standard car, which itself can be replaced with a carbon fiber part.

Other visible optional aero components include a roof-mounted spoiler, as well as various flics and moldings around the wheel arches, side skirts and on the bumper edges. The rear bumper can also be outfitted with carbon fiber accents on its square indentations for a bolder look. You can also order carbon fiber parts for the front air intakes at the front. 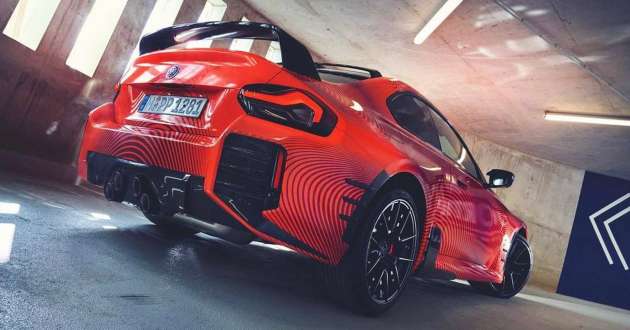 If that’s not enough, BMW also sells a different quad exhaust system with the tips stacked in the center of a carbon fiber diffuser. This gives it a more dramatic look compared to the standard arrangement where the tips are arranged horizontally, like what is offered on the latest M3 and M4.

Black V-spoke alloy wheels are also optional (20-inch front and 21-inch rear), as are carbon mirror caps. Customers will likely be able to specify the elaborate decals seen here, including a large ‘///M2’ on the hood. 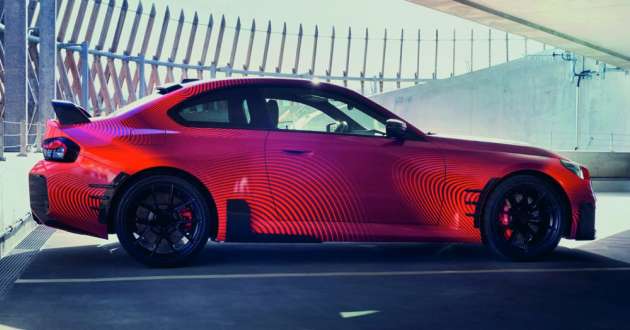 In its latest form, the M2 shares the same 3.0-litre S58 turbocharged inline six-cylinder petrol engine with the M3 and M4, though it only makes 460 PS (453 hp) and 550 Nm of torque. Enthusiasts will be pleased to learn that a six-speed manual gearbox is still available as an alternative to the eight-speed M Steptronic automatic transmission with Drivelogic.

The blocky styling of BMW M’s compact sports coupe has been pretty divisive judging by the chatter on the internet, but is it any more attractive with M Performance Parts fitted? Share your thoughts in the comments below.

Fuel Saving Tips: Drivers Urged To Use The “Simple Way” To Save On Gas And Diesel Costs

In the first race, they paid special attention to fuel-saving techniques, and then in the second race, they drove without using those methods. The findings showed that with some very straightforward and easy-to-adopt management strategies, large savings can be achieved. In the first race, the CamperKing team posted an average fuel economy of 35.3 miles...

The Station is a weekly newsletter dedicated to all things transportation. Sign up here, just click on The Station, to receive the full edition of the newsletter every weekend in your inbox. This is a shorter version of The Station newsletter that is emailed to subscribers. Want all the deals, news summaries, and reviews? Sign...